What Percent of High-School Relationships Last? | Statistics and Facts

What Percent of High-School Relationships Last? | Statistics and Facts

Natalie Maximets is a certified life transformation coach with expertise in mindfulness and sustainability. She is a published author focused on the most progressive solutions in the field of Psychology. Natalie helps people go through fundamental life challenges, such as divorce, and build an entirely new life by reframing their personal narrative.

Adolescence is an exciting time when a person starts taking a romantic interest in someone else. And although society treats high-school love as something fleeting, there are times when first love grows into a lifetime union.

So how often does it happen, and can high-school relationships last forever?

Read on if you want to find out about what percent of high school relationships last after graduation.

This article will also address other issues, such as the pros and cons of relationships during adolescence and why many of them fail.

Having Relationships in High-School: Pros and Cons

In high school, a teenager learns to build interpersonal relationships with peers and romantic partners. For some, falling in love plays a leading role in understanding the surrounding world and oneself. 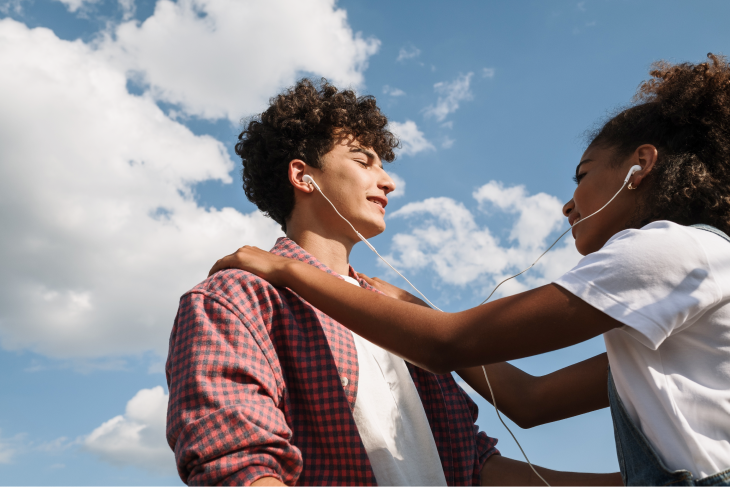 Dating in high school may provide tons of valuable lessons on communicating with a romantic partner and making things work. A typical teenage relationship includes going out, spending time with the date, resolving minor conflicts, and dealing with breakups.

While many of those are a part of life experience, high-school dating can be pleasant for some and less positive for others. So let’s look at several advantages and disadvantages of relationships between teenagers.

Advantages of a relationship in high school are that it:

The more experienced and older a person becomes, the more carefully they approach love matters. And many of the skills that they learn in school influence their behavior in adulthood.

How Many High-School Relationships Last Through Adulthood?

Many people believe that the primary function of relationships in high school is to learn how to express feelings and communicate with a potential romantic partner. Unfortunately, after the teenagers grow up and enter adult life, most leave their first love in the past.

But some stay together and even get married before they come of age. Unfortunately, statistics show that early marriage has a higher risk of ending in divorce.

According to a CDC.gov report, for marriages at the age of 18 years and younger, the probability of breaking up is 10% after one year of marriage. The likelihood of divorce increases to 29% for couples who stay married for more than five years.

In comparison, 6% of spouses who marry at 20-25 years get divorced after one year of living as a family and 17% after five years.

Among the notable factors that influence the length of marriage among teenagers (15–19-year-olds) are:

Men and women who got married in their teen years have more chances (58%) to make their union last if they lived with both parents until at least 14 years of age. Other living arrangements (single or stepparents, or no parents) decrease the chances to 38%.

Traditionally, Whites and Asians have the highest marriage rate. The Hispanic population closely follows them.

Conversely, the black population has the lowest marriage rate – 39%, and the highest divorce rate, according to Gabe H. Miller’s research “Future trends in Marriage and Family.”

Among Catholics, the probability that a marriage will last at least 20 years is 53%. For Protestants, this figure is 50%. Other religions make 65%.

The lowest likelihood of a marriage surviving 20 years is with people without a religion – 43%. 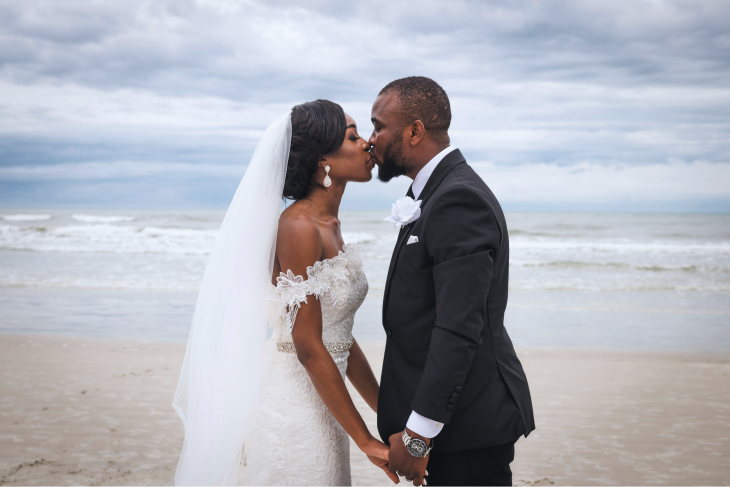 This increase can be connected to social trends, believes Catherine Corrigall-Brown, a professor of Sociology at the University of British Columbia. The central idea of modern American society is freedom of choice and breaking previously established behavior patterns.

“Americans cherish the ability to act on their own as individuals – to succeed or fail on their own terms,” professor Corrigall-Brown writes. However, a person “can never act completely free of their social context,” she adds. So, every individual follows social trends in the end, whether they realize it or not.

And the social trend is getting married later in life. That’s why, these days, the probability of marriage among 18-year-olds and younger is very low.

According to a CDC.gov report, only 2% of women and 6% of men get married at this age.

How Long Do High-School Relationships Last?

The most livable romantic relationships occur closer to graduation and are associated with higher emotional support between the partners compared to bonds formed at earlier stages.

If romantically involved adolescents can describe their union as exclusive and supportive on all levels, they are more likely to add to the small percentage of high school relationships that last through college.

Victor W. Harris, professor of Community Studies at the University of Florida, says that “early romantic relationships in middle school tend to focus on physical attraction.” As for high-school relationships, they “focus more on commitment and intimacy.”

In his article about dating during adolescence published in the Social History of the American Family, he states that the average high school relationship length increases with age and maturity and can reach one year and longer for some couples.

The duration of these early romantic interests depends on such factors as:

Thus, such unions are stable and often last after graduation from high school.

What Percent of High-School Couples Get Married?

Most couples split up at school or shortly after graduation. Typically, the average length of high-school relationships is from a few months to a year. A tiny percentage of them stay together and get married.

The statistics on marrying a high school sweetheart are scarce because most people don’t contemplate marriage until they graduate. And since weddings in the teenage years are extremely rare (2% as was discussed previously), the percent of people who marry their high school sweetheart is also tiny and doesn’t go above this 2%.

However, youth engaging in serious romantic relationships at high school are more likely to get married or start cohabiting by the age of 25, according to research on late adolescent relationships by R.K. Raley and colleagues.

Why Do So Many High-School Relationships Fail?

The relationship between teenagers in high school is only vaguely similar to that of adult couples. Teenagers do not yet face serious problems. They live in a kind of greenhouse conditions. They don’t need to earn money, rent a house, or pay taxes and mortgage.

Plus, teenage couples are far from experiencing the same problems that an average American couple has in adulthood. Instead, the most prominent issues are lying or cheating, jealousy, bad relationships with family or friends, etc. 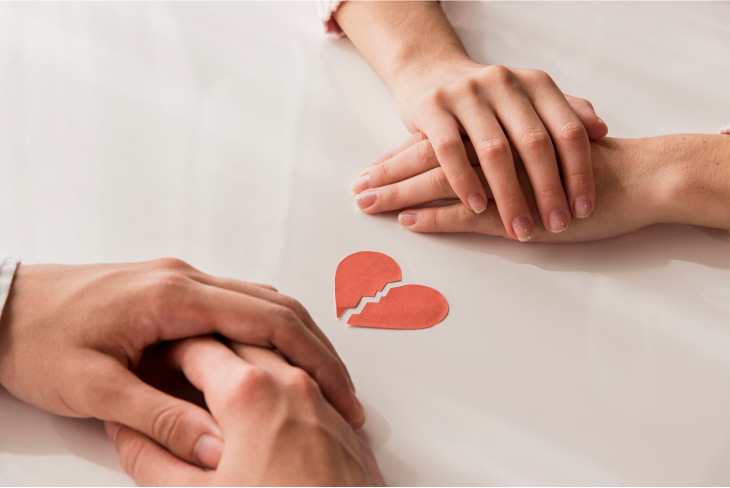 The real challenge comes when these couples face reality after graduation. However, if they can cope with change and adjust to new circumstances, there is a good chance that the relationship will last for a long time.

Let’s take a look at the challenges and situations that cause high school sweethearts to break up.

The search for identity is a central task of adolescence, says Jane Kroger, Ph.D., a researcher of identity issues. Teenagers must define their role in society and understand their interests and abilities that will help them make the right choices in different situations.

Many 17-year-olds struggle to find their own identity and simultaneously maintain their romantic relationships, as stated by Seiffge-Krenke and colleagues in their research. The inability to balance the search for self-identity and intimacy often leads to a crisis in the relationship.

In addition, since the search for oneself continues in early adulthood, people often change their views on how their lives should look and what kind of partner they should be around.

It's no secret that priorities can alter with age. At each life stage, both men and women have a particular goal to accomplish. For example, adolescents are primarily interested in excitement, says Art Markman Ph.D. in his article for Psychology Today.

Teenagers are not yet able to fully accept each other the way they do at an older age. For the most part, they are excited about their new emotions and experiences.

As a person gets older, they start seeking other benefits that a relationship can provide. This includes emotional support, financial stability, the possibility of creating a family, etc.

If the partners see the further development of their relationship differently (one wants to cohabit while the other wants to get married), such couples break up eventually.

Often, after high-school graduation, one or both partners go to colleges located in different states. Long-distance relationships are pretty common - 30-40% of university students date someone outside their close geographical area.

But not everyone can cope with the feelings of mistrust and jealousy that arise during a long separation. One partner may begin to question the other’s loyalty. If nothing changes, the couple may split up permanently.

Less time to see each other

The heavy course load at the university can be one of the reasons the couple doesn’t date as often as they used to during high school. Depending on the number of college courses, the time spent in class can vary from 12 to 18 hours a week. 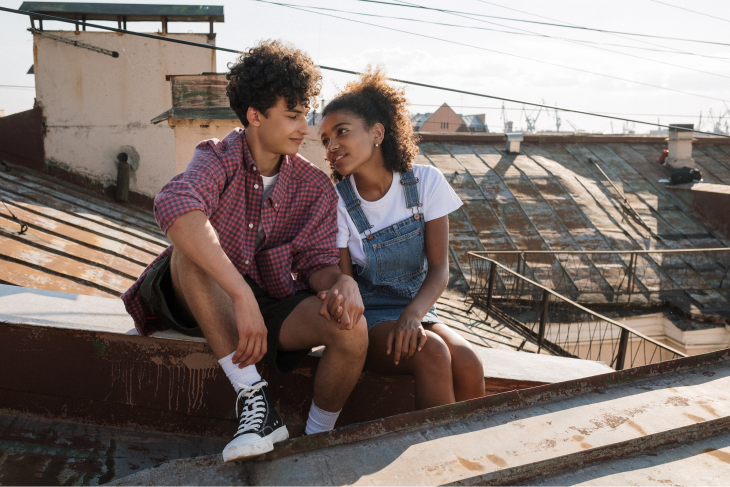 While classes can take up a lot of time, let’s not forget about homework, a part-time job, or volunteering.

On average, a college student spends an extra 15-17 hours per week doing studies outside the classroom. Some work part-time for 20 hours, and others engage in social work for 20-30 hours. So it’s no wonder that most students put aside dating and concentrate on studying.

High-school relationships are surrounded by various stereotypes, including that families created immediately after graduation are doomed to failure. Yet, it is not always true, as we saw from the statistics provided in the article.

And while age and experience certainly play an essential role in building a strong union, many other factors affect the duration of a relationship.

Thus, high-school couples can prove to be very strong if their relationships are built on commitment, intimacy, and emotional support.